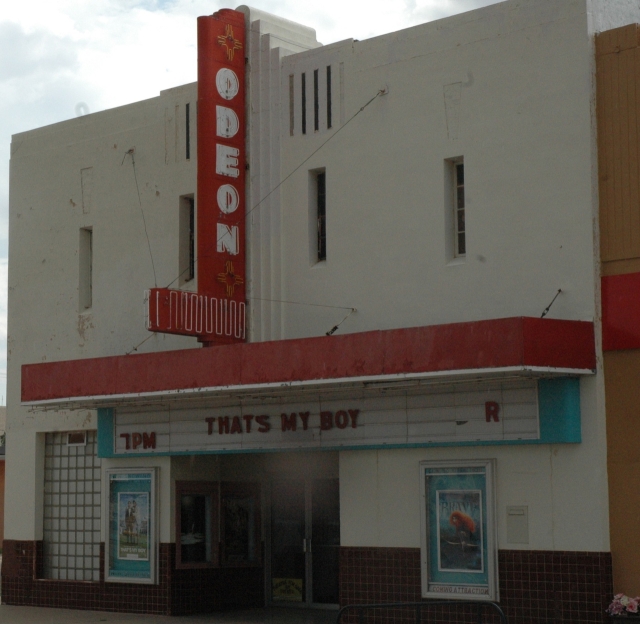 Day two in our journey finds us overnighting in Tucumcari, NM after another grind west on I-40. The final 30 miles or so we jumped over to the old Route 66 and followed it into town. We are staying in an old Route 66 Hotel. I want to wax nostalgic about the old road and the towns it passed through, and I may yet after a bit more time on it tomorrow, but right now it just seems old. The town is essentially a ghost town save the touristy Route 66 stuff. Downtown is vacant, Main street is a slum where there is any residential population at all. I don’t think the interstate did that – it is only a few blocks away. I think people left for the same reason many of their predecessors came here – they wanted a better life. Whether they found it or not, or if it is even findable, is another blog entirely. At its best, however, there wasn’t much in Tucumcari to stick around for.

Small town America is important to me. Not because I think it represents something better, though it may, but because if it is thriving we don’t often stop to wonder why, and if it is failing we often lament its failure without really thinking about why it happened. A lot of folks are rushing to return to a simpler life in a small town and I think that is great, but economic activity and opportunity is necessarily smaller there and if the town grows enough to warrant more of the creature comforts, well, it won’t be small any more. I bet more of the country ends up looking like the northeast – big metropolitan areas around which, say, within 60-90 miles, old fashioned small towns thrive as bedroom communities. The definition of a successful big city will include its ability to support satellite small towns and provide convenient access.